So after many emotional farewells, we finally boarded our flight to Bangkok. The first stretch, 5 hours to Amman, Jordan; we’ve never been so relieved to have a 3 hour wait! After surviving some bearable on-flight food, we treated ourselves to a turkish coffee in Amman Airport which was categorically horrendous, and had a wonder around the airport to find a lot of ‘western’ looking products at ridiculous prices ($59 for a box of quality streets!!). After a a good stretch of the legs it was then a further 8 hours to Bangkok, Thailand. 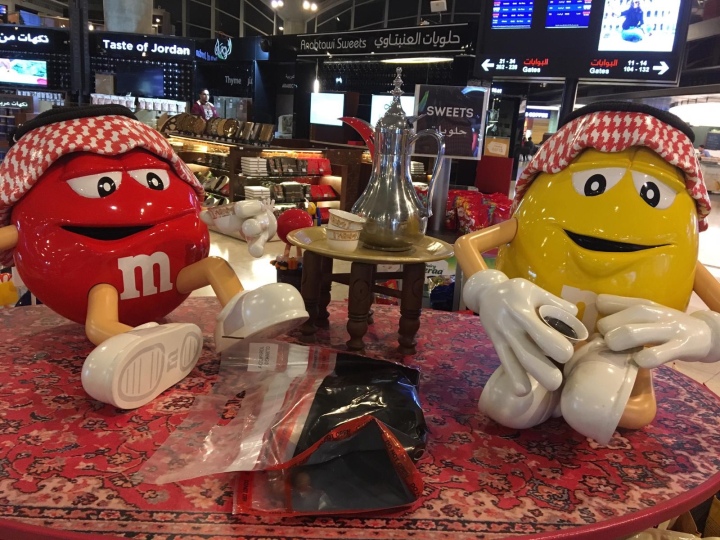 Bangkok airport was a little bit confusing with signs to the “Visa on arrival” desk which points to the wrong direction, but we swiftly made it through border control, found our luggage and headed for the train to the city. For our first 3 nights, we had booked a hotel in advance, which looked as authentic in life as it did in the photos. Hidden down a dodgy looking alley, like much off Bangkok, the hotel building showed no resemblance to the run-down constructions neighbouring, thank god!

Once showered to rid ourselves of the ‘long-haul flight’ smell, we headed out for some food. Our first experiance of Bangkok at night was amazing! Walking out of our alley, we attempt to cross the main road… who knew this would be a life or death situation. An abundance of fast-moving chaos: motor bikes on the pavement, red lights are ignored, families on one moped, not to mention the thick wall of pollution from a bus like smoke from a cartoon. It would certainly fail it’s MOT in the UK as well as the safety laws as it thunders past with the doors wide open. We surprisngly make it to the other side alive.

The smells of the city encroach on our noses; an amazing mix of traffic fumes and food. We walk 15 minutes to Pratunam Market which is the largest clothing market in Thailand. The market is sprawled across large roads, court yards, shopping centres and tiny alleys. The choices were endless, offering anything from gem covered flip flops and thai massages, to fresh fish stalls and barber shops. After a while walking through this maze, we grab some noddles for just 1.45 from an old lady who has a small street stall which is taken up mostly by her wok and spices, and sit on some steps over looking a court yard filled with market stalls. Toasting to making it this far, we sit in ore as the Thai world moves around us in haste, they’re just getting started as our day comes to a close. 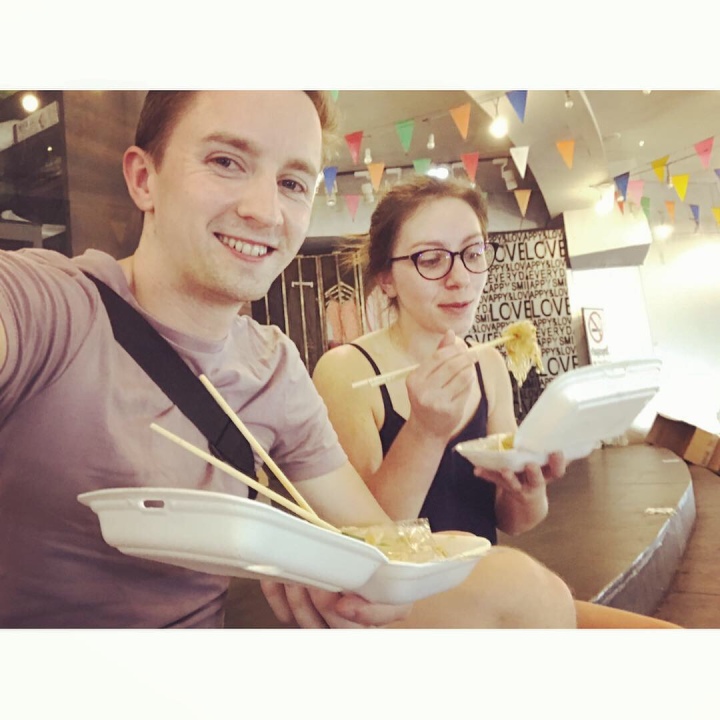 Our first full day and we give up on getting a bus to the Grand Palace across town after waiting for what felt like days and realising most buses have no numbers, we have no internet, and the bus stop provides no info on what routes are available, so in simple terms, ‘we’re buggered’. Instead, we walk about 90 minutes through main roads and side streets, passing markets and temples. On the way, we find a small cafe serving cheap pad thai food so we grab some lunch.

At the Grand Palace we’re denied entrance as the guard says our legs are too sexy (just kidding – apparently we’re dressed inappropriately in short shorts and tshirts) which is fair enough, but too early for us to buy ‘elephant-trousers’ on day 1 of our travels / gap yaaaarrrr. After an afternoon of wondering around seeing the sights, we head to the famous Khao San Road, where we find all the westerners getting boozy. Declining the offer of barbiqued scorpians from a street vendor, we head a cool looking ‘beach bar’ at the end of the road where we stopped for a refreshing beer and cocktail to cool-off the 32 degree heat. 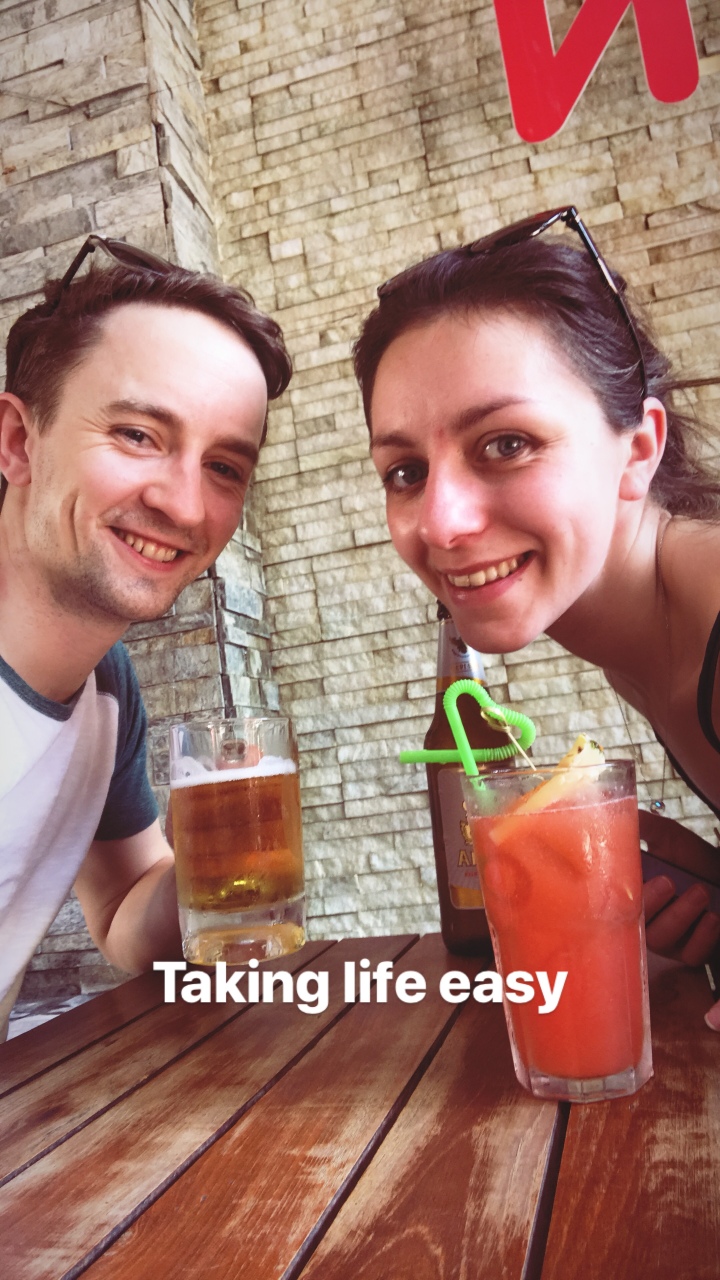 Lu’s step-dad generously bought us tickets to a show on Thailand’s history. We take the Thai version of Uber (called Grab) which costs next to nothing and gives us a first hand experience of riding the roads of Bangkok: mostly stationary in traffic, then 20 seconds of absolute chaos followed by more traffic. Then being dropped at the wrong location, giving us 9 minutes to run, whilst Lu almost had an athsma attack, we just about make it… welcome to Thai transportation!

The show is set on the biggest stage we’ve ever seen in a massive theatre, with a set that must have cost thousands. There is a river which appears as part of the stage part way through the show which a man swims in, boats go through, there are fountains of water and heavy rain. The show itself is absolutely wacko but genuinely amazing. There are elephants, goats, mystical creatures and a 20ft monster. It is truly spectacular! After the show we grab a Burger King and take some selfies next to a load of Christmas lights. How else would we end our first day in Thailand?!

While waiting for a bus, a group of tourists ask us for help navigating the bus network (which surely says something). It’s fair to say public transport hasn’t improved overnight. We get on a bus, which stops halfway and everyone is asked to leave. A local man asks to take a selfie with us, then offers us directions to where we want to go. The tourist group then ask us for more guidance and start to follow us. We cross the road.

After a bit of bartering, we get a private boat tour of the river and canals. Our boat is made of wood and feels incredibly fragile on the river… but it proved to be an incredible experience, with our boat’s skipper pointing out landmarks and large lizards on the way (5ft Monitor Lizards which swim in the water and walk around the local shacks); it was a pretty successful trip. 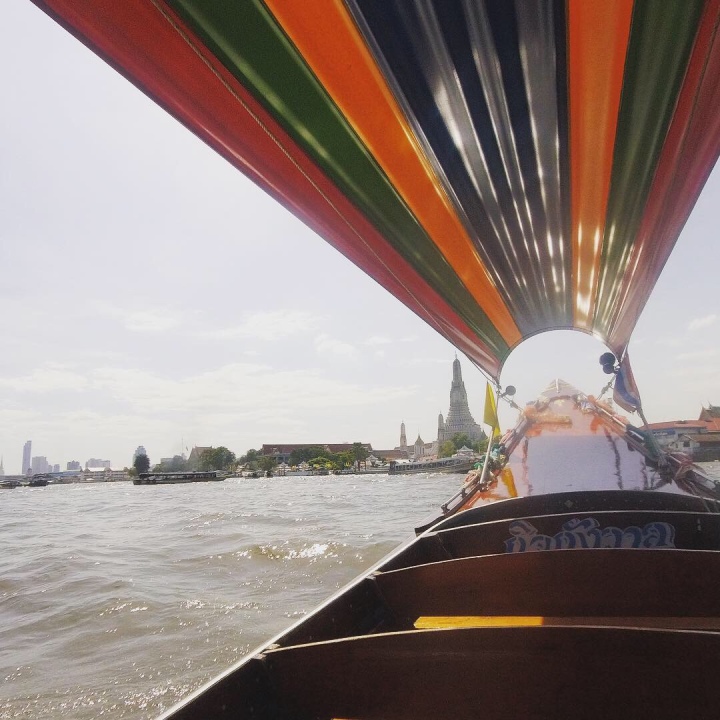 Our journey back to the hotel involves getting on the wrong bus, and then being accompanied by a lovely thai lady who speaks no English, but takes it upon herself to get us on the right buses back. She joins us for part of the journey, pays for our ticket and chats to us in Thai, waving her hands around, pointing and occasionally laughing in hysterics. People are so nice here.

The end of our day is spent at a restuarant called Gaggan. Our one expensive excursion we had agreed to book, Gaggan is the 5th best restuarant in the world, and has been ranked no. 1 in Asia for the last 4 years. We have an incredible 25 course dinner which is accompanied by a menu of emojis and no text. Each emoji relates to the name of the dish and we aren’t told until the end of the meal what the dishes contain. The service is amazing and every course is an explosion of unique flavours. Except that one raw fish dish Lu choked on… don’t worry, she hasnt died, not yet anyway! 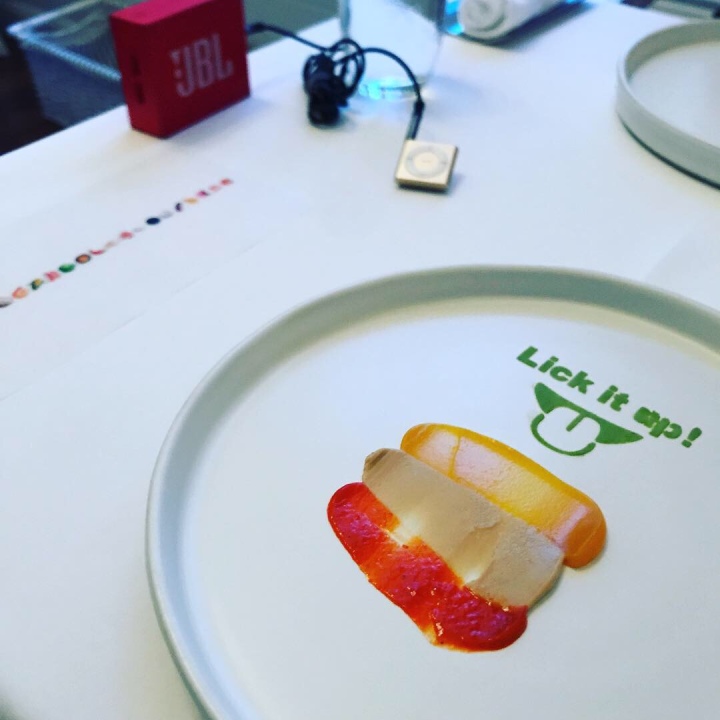 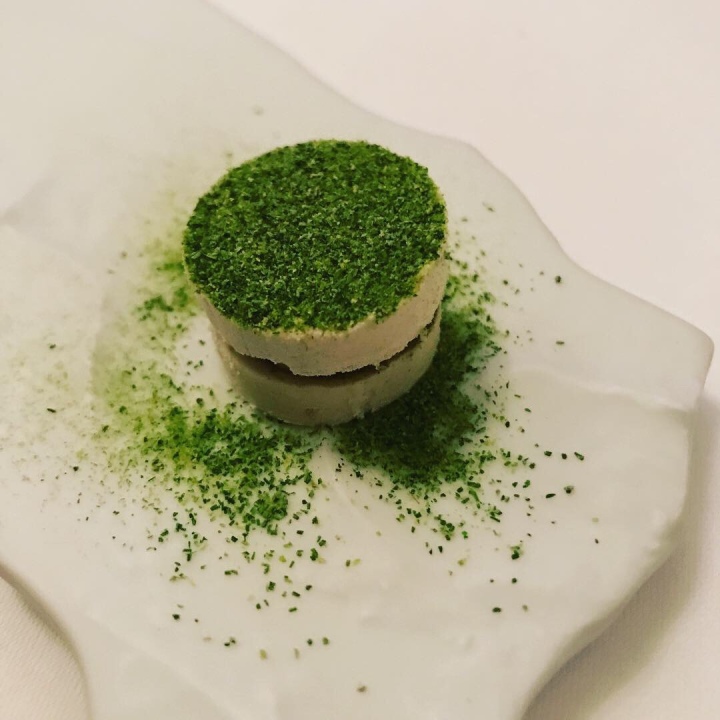 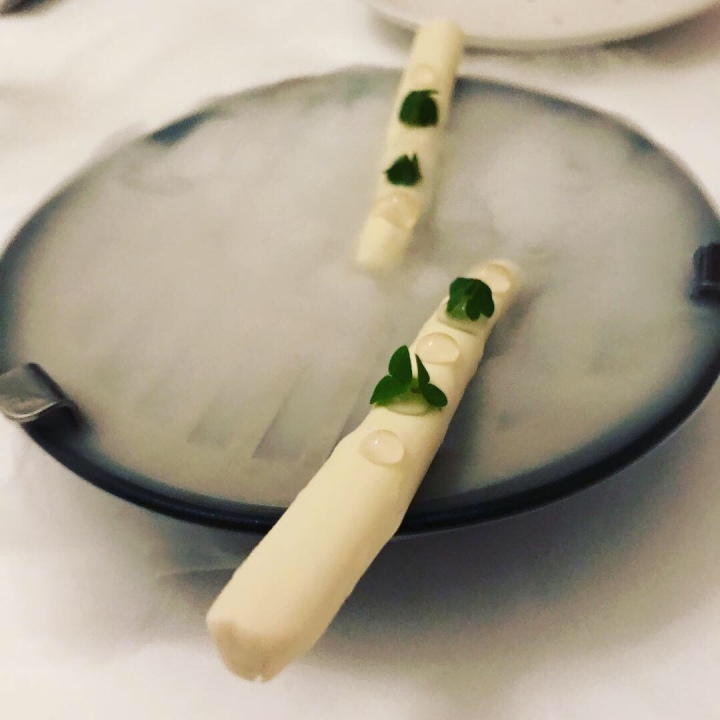 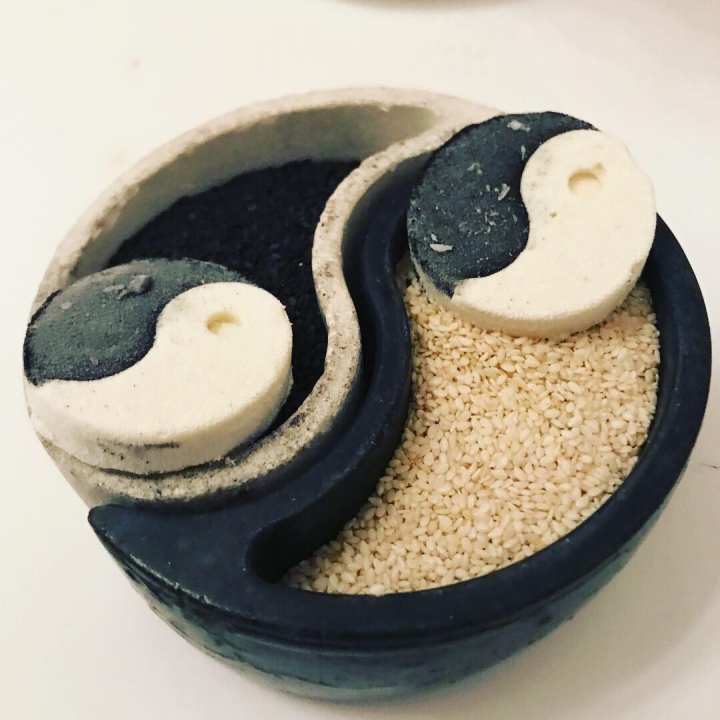 Tomorrow we fly to Phuket, but would definitely love to return to Bangkok. This is an amazing city which has so much life and culture! Until next time…

4 thoughts on “We’re in Bangkok Baby”